All the latest news including organisations and individuals who have kindly supported the Foundation recently.

Please view the latest newsletter from the Chelsea Academy Foundation.

We are delighted to announce Adebanji Alade and Sir Alan Parker as judges for our postcard art auction panel.  Adebanji  is a Fine Portrait and Landscape artist who has featured on the BBC’s The One Show.  He also teaches painting and drawing and loves to encourage young people in their artistic pursuits.  Sir Alan Parker is a director, writer and producer. His feature films have won 19 BAFTA awards, 10 Golden Globes and 10 Oscars. He has supported the arts at Chelsea Academy via the art auction for the last two years.

Jamie’s Farm is a challenging yet empowering experience for young people aged between 11-16 that focuses on re-engaging students through farming, family and therapy, enabling them to fulfil their potential both in school and the wider social setting.

We are immensely grateful for the support of the Hedley Foundation to enable us to run this trip.

Art Auction
A big thank you to Lots Road Cafe who have come on board as a new sponsor of the postcard art auction. They will be supplying a range of delicious canapes on the night!

We are excited to announce our 3rd Annual Postacrd Art Auction on the 16th May 2019. Lots Road Auctions have kindly agreed to host again. We are aiming to raise £10,000 to support art, music, drama and the library at Chelsea Academy.

The Foundation believes that partnerships between local businesses and schools can provide opportunities that positively impact on both students and businesses. With this in mind the Foundation has launched the Business Partner Programme to help local businesses understand how they can get involved. For more information please click here.

Keystone Tutors helped Chelsea Academy deliver another successful summer transition school for year 6 students starting at the Academy in September.  The children received additional tutoring in English and Maths to help boost their confidence during the morning sessions.  The afternoons were all about fun, team bonding activities to help ease any worries or anxieties the children may have about moving up to secondary school.  The Foundation and Academy are extremely grateful for the continued support from Keystone Tutors. This is an excellent example of companies and schools working in partnership to support local young people.

The John Armitage Charitable Trust has been a long term supporter of the Foundation and we are extremely grateful that they have decided to continue their support for another year. This funding enables the Academy to offer students extended curriculum clubs and activities that it couldn’t otherwise. The art auction held on the 17th May raised an amazing £7,500 which will be used to support art, music, drama and technology at the Academy.  We would like to thank all the artists who contributed postcards and all the guests who attended the live auction. We were particularly delighted to welcome the Chelsea Pensioners and the Mayor of RBKC.

Art Auction Fundraiser – 17th May 2018
The CAF are delighted to announce our art auction fundraiser to be held at Lots Road Auctions on Thursday 17th May.  Chelsea residents, schools, businesses and artists are invited to submit artwork on a pre-printed postcard that the CAF will supply. The artwork can take the form of a drawing, painting, collage, photograph or poem. A selection panel, including Sir Alan Parker and Philip Mould OBE, will then shortlist postcards to be be sold at the live auction.

The proceeds of the auction will be donated to Chelsea Academy to be used to:

To request a postcard, an invitation to the live auction or for further information please contact Clair Bradley at clair.bradley@chelsea-academy.org or on 0207 376 6649. 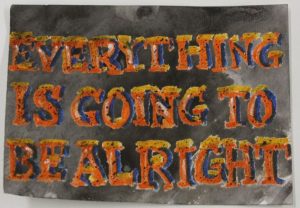 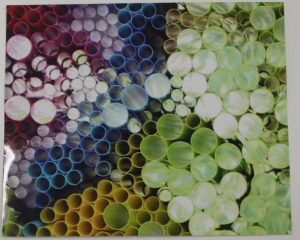 The Access Project is aimed at increasing the participation rate of disadvantaged students at top UK universities.

It is based around regular tutoring and mentoring of Y10 to Y13 students by graduates in local businesses. In addition to this the Access Project organisation arranges a range of interventions such as workshops on university application tests (the UKCAT for med school for example), trips to Universities and soft skills such as interview practice. This is managed on a formal day to day basis by a co-ordinator from the Access Project organisation.

The CAF is delighted to confirm that John Lyon’s Charity will continue to support the Brunel Urban Scholars Satellite Programme for another 3 years.  This funding ensures that we can offer our most able students an opportunity to access inspirational speakers, workshops and university experiences.  We would also like to thank Brunel University for their partnership in delivering the programme.

The Chelsea Academy Foundation is delighted to announce that the postcard art auction held on the 22nd June at Lots Road Auctions raised over £3,500.  It was a wonderful evening which celebrated the work of our students and other talented local artists. Thank you to our sponsors – Elior Catering and Martin & Co Sales and Lettings – and to Lots Road Auctions for helping to organise and host the event.  Thank you to Sir Alan Parker for helping to curate the artwork and donating postcards himself. Also a big thank you to our parent helpers who ensured that everything ran smoothly on the night.  Finally the event would not have been possible without our amazing artists submitting postcards and our guests who had lots of fun bidding!.  We have received so much positive feedback from the event that we plan to run another one next year.
All the money raised will help:

The Foundation is organising an art auction fundraiser in partnership with Lots Road Auctions.  Local artists, residents, businesses, community groups and students are busy creating postcard size pieces of art which will be auctioned at Lots Road Auctions on Thursday 22nd June.  We have been very fortunate to secure sponsorship from Elior Catering and Martin & Co, Sales and Lettings.

We are delighted to confirm that we have received a grant from the Garfield Weston Foundation in support of extra curricular activities at Chelsea Academy.  We are very grateful for this support as it enables us to provide additional activities that enhance our students’ chances of growing into well-rounded individuals and achieving their ambitions. The grant will run for a three year period between 2017-2020.

The Foundation would like to thank the John Armitage Charitable Trust for their ongoing support for trips, extra curricular programs and activities.  This support has a significant impact on our students across all year groups.

An Evening of Opera and Picnic

The Bryan Adams Foundation held a fundraising event, An Evening of Opera and Picnic, in June 2016 which raised funds for 3 charities:  Borne, The Royal Hospital Chelsea and Chelsea Academy Foundation.

The Foundation are very grateful for the funds raised by the Bryan Adams Foundation and are delighted to confirm that these funds will be allocated to ‘The Access Project”, aiming to increase the proportion of students from “Free School Meals” (FSM) backgrounds going on to highly selective universities. Currently 15% of secondary school pupils in the UK are eligible for Free School Meals, but these students make up only 2% of England’s 25 most selective universities. The Access Project believes every child in the UK should have an equal opportunity to achieve their academic ambitions. They address this problem with one-to-one tuition by matching high-flying graduates with students from disadvantaged areas for weekly academic tutorials. These sessions help their students achieve better grades (two thirds of a grade per subject more progress than their peers). And a dedicated member of The Access Project staff is based in school to deliver university support and enrichment activities which equip students with the skill and information they need to win places at top universities. 63% of students going through The Access Project go on to study at highly selective universities- this is significantly higher than independent schools (48%) and far higher than the maintained sector average.

John Lyon’s Charity have released the final tranche of funding for the Brunel Urban Scholars Satellite Project.  We are very grateful for their continued support and look forward to the final evaluation of the project.

A huge thank you to the Bryan Adams Foundation who named Chelsea Academy one of three beneficiaries for their Evening of Opera and Picnic at the Royal Hospital Chelsea fundraising event.  The evening was a great success and a number of Chelsea Academy students, including many of our music scholars, were lucky enough to attend and enjoy the event.

Brunel University fund additional Saturday school for Chelsea Academy year 11 students
Twenty five of our most able Year 10 students have been attending Saturday school as part of the Brunel Urban Scholars’ Satellite Scheme (funded by Brunel University and John Lyon’s Charity) over the last two years. The scheme was due to end this July but Brunel University has agreed to include the Chelsea Academy group for 2016-17 which will help the students expand their knowledge and grow further in confidence. Polly Goss, the most able co-ordinator, believes that this offer was made due to the exemplary behaviour and enthusiasm shown by the Academy students when attending the workshops at Brunel. We continue to be grateful for Brunel University’s support.

We would like to thank the Bryan Adams Foundation for their donation of £6,666.  This donation was made possible by the generosity of the John Armitage Charitable Trust.

Second year of funding secured from John Lyon’s Charity
Chelsea Academy Foundation is very excited to announce that we have secured a second of year of funding from John Lyon’s Charity for our Brunel Urban Scholar’s Satellite Project.  Over a 3 year period 50 of our most able students will access additional workshops in English and Maths, listen to motivational speakers, meet with Brunel University students and get the opportunity to work with students from other secondary schools. The aim of the project is to encourage students to apply to Russell group universities.