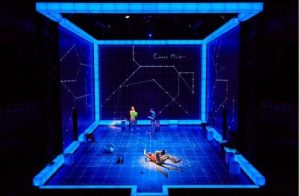 Last week, the Year 11 Drama cohort went to see the wonderful ‘Curious Incident of the Dog in the Night-time’ at the Gielgud Theatre. This excellent show has been running for a long time now but will be completing its West End run in June so it was fantastic that the students got to see it before its closure. With breathtaking movement by Frantic Assembly and a mesmerising set, many of the students said that it was the best thing they had ever seen. They are now working on a review of the production for their coursework folders. A really successful trip!

Drama Residential to Greece
During 9th – 13th February, the Drama department ran a residential trip to mainland Greece to see the seat of ancient theatre. During the 5 days of the trip, students took part in physical workshops where they learned classical Greek chorus movement as well as fantastic ways that actors can lift each other to perform amazing physical work. These were all run by a specialist, Claire, who came out on the trip with us. We also got to visit some beautiful sites such as the massive theatre at Epidauros, the Temple of Poseidon and the Acropolis in Athens – all of which we were guided round so that we got the most out of our visit. 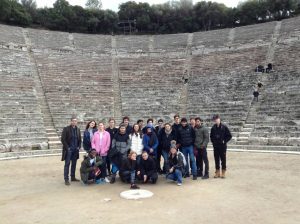 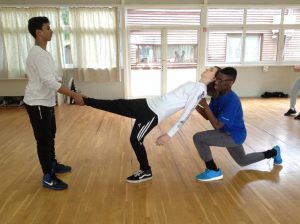 Our students got to perform self-devised pieces to each other both in Epidauros and in the indoor theatre at Loutraki. It was an amazing trip and one which both staff and students alike will remember forever. Thanks to all the students who participated and who conducted    themselves as phenomenal ambassadors for Chelsea Academy.