Using the genes that makes coral glow to track proteins that cause cancers, designing the space telescope that will listen to gravitational waves (launching in 2034!), analysing how vibrations in the chain of a bike cause energy losses to improve the efficiency of the UK cycling Olympic team by 1%, custom building organic molecules to remove specific gases from the air. These were just four of the amazing displays and presentations at the Royal Society Summer Exhibition. A group of Year 11 and 12 students spent an afternoon talking to researchers from all over the UK about how they work and what they are researching into. A truly inspiring opportunity to understand some amazing science, much of it being done by post graduates only five years older than our students! The only downside was hearing how Brexit will impact an area where the UK leads Europe. 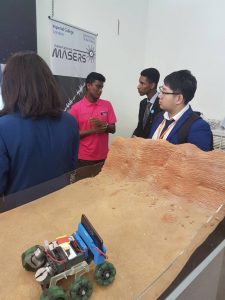 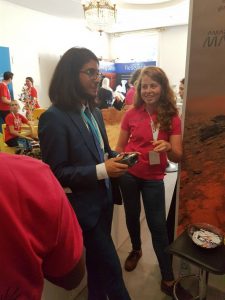 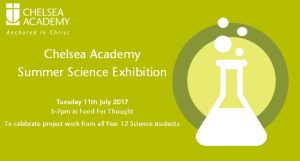 During their Science lessons and for IL, all Year 7 and 8 students have been researching their own Science project ready to show to their class during this week. The winners will be selected from each class and invited along to the Science Fair final on Thursday 13th July, 4-5:30pm. 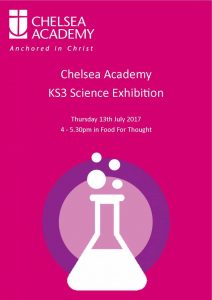 Nearly all of us have used aspirin at some time in our lives, but not many of us know that for hundreds of years a related compound from willow bark has been used to relieve pain and treat fevers. Ancient Asian records indicate its use 2400 years ago. In our Year 12 lessons at the moment we are finding out about the discovery and use of aspirin and synthesising it in the lab! 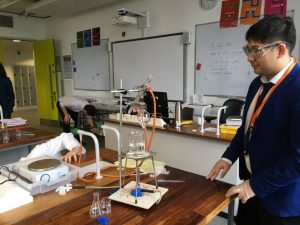 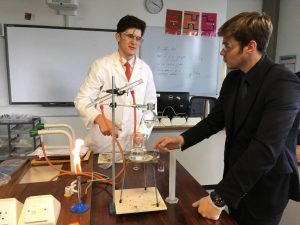 The Maths trip was a great opportunity to exchange ideas and make new and lasting friendships. This year, I made friends with people from many different European countries, such as Macedonia, Slovenia and Germany. The competitions themselves were a great chance to learn about different topics in Mathematics and Physics, as well as sharing new knowledge and methods with friends to solve the problems. The competition also allowed us to compete on an international level, and this year our team won a bronze medal in the Physics competition. Finally, by staying in the capital city, Belgrade, we got to experience the vibrant culture of a new European city and try new foods, as well as making lasting memories with our teams and new friends.
Maria, Year 11 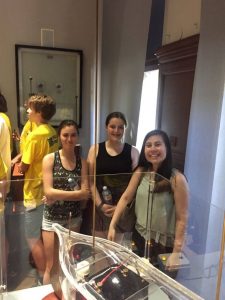 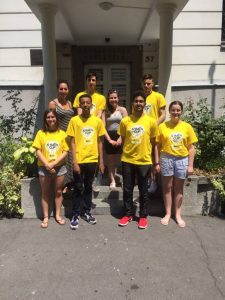 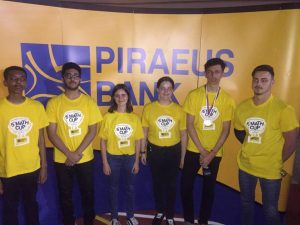 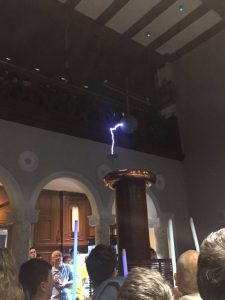 21 students and 2 staff had to get up very early on Thursday 6th July (4:30am at school!) for our biannual visit to CERN. As well as visiting the LHC, the biggest machine in the world, we will be also be touring the UN, swimming in Lake Geneva and taking a cable car into the mountains for an afternoon. A really action packed three days! 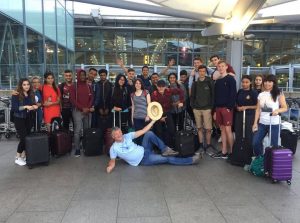 Our Year 7 students and their families were invited to a special VIP after-hours visit to the Science Museum to round off this year’s Building Bridges project. Highlights of the event include a live nitrogen ice cream making session and free access to the WonderLab where students were able to play with the exhibits in order to extend their knowledge of advanced scientific concepts. Mr Dy even discovered a creative way to explore friction by playing on the slides! Teachers and parents also enjoyed the nibbles. Quite a nice way to spend a school night! 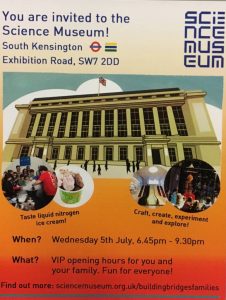 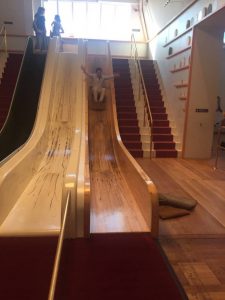 Psychology students from Year 10 decided to conduct an experiment and raise money to support those in need after the Grenfell fire. They asked participants to donate £1 each and managed to raise over £40. Here is a report written by Eleanor, Zakia and Kelechi. 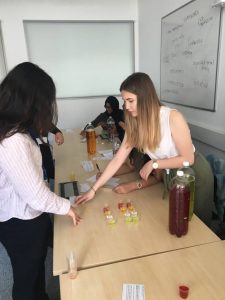