On Sunday 24th June, Miss Scott, Mr Gilchrist and eight eager mathematicians and physicists departed for Belgrade, Serbia to compete in the sixth annual International School Grammar Cup. Over the next few days the two Year 12, three Year 11 and three Year 10 students who had been selected 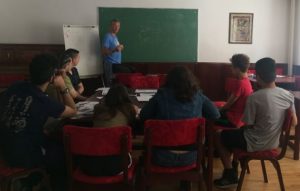 spent many hours in a Serbian classroom preparing for two gruelling three hour competition papers in Maths and Physics. The teams made use of Brilliant.org and covered some of the AS Physics curriculum.

We are very proud to announce that Amier H was awarded two bronze medals, one each for Maths and Physics and that the UK team’s total marks in Maths were the highest we have ever been awarded.

Outside of competition preparation, students had the chance to explore Belgrade, visiting the fortress, the Church of Saint Sava and the Nikola Tesla museum. They met students from several countries across Europe including Romania, Russia, Greece, Slovakia and Germany and tried various different types of Serbian food.

On the final day, the students experienced weird and wonderful optical phenomenon at the Museum of Illusions as well as testing their problem solving skills by solving puzzles including the famous Towers of Hanoi. Then, for the closing ceremony of the competition, they visited the beautiful State Government Office for the closing ceremony. The teams sat in one of the chambers where debates are held and experienced a live translation through individual headsets. 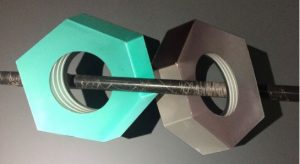 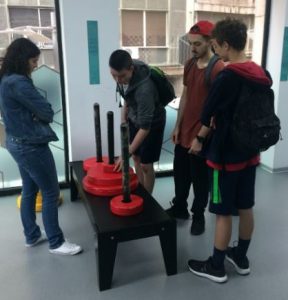 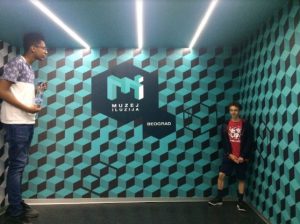 Year 9, 10 and 11 students who are interested in taking part in the competition next year should look out for the ‘Maths Competition Training’ enrichment which will be taking place after school from September.